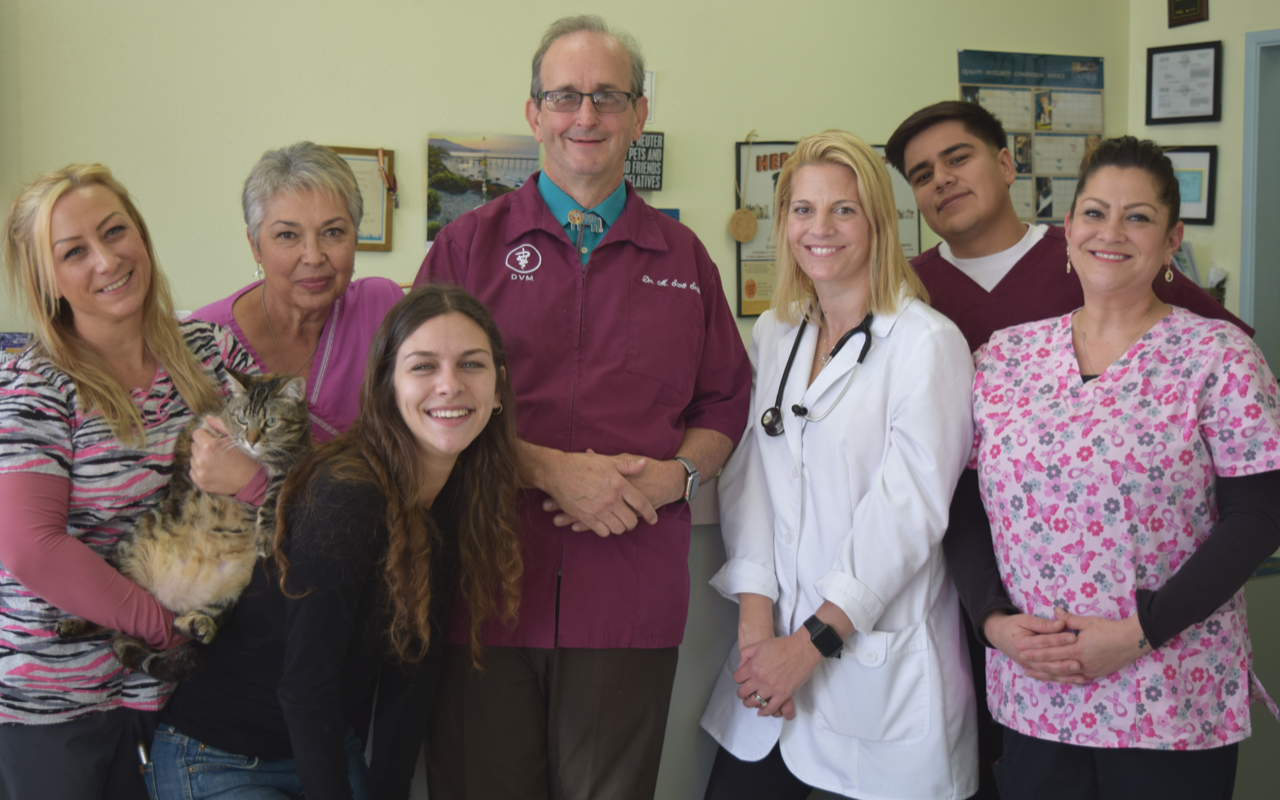 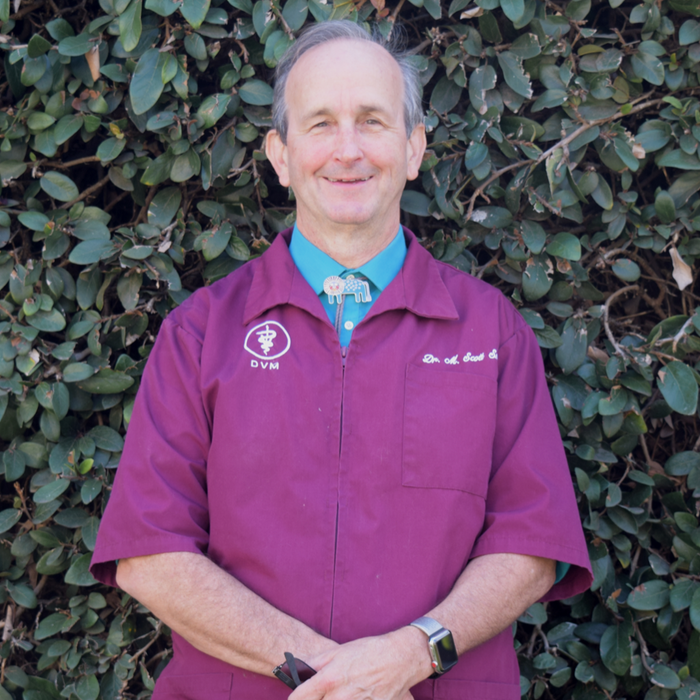 Dr. Smith was born in Concord, California, in the East Bay Area. At the age of ten, he moved to Germany, where he graduated from Mannheim American High School in 1976. An aspiring jazz saxophonist, he came to Southern California to attend Pomona College, in Claremont, where he earned a bachelor's degree in Music. After a change in plans (and careers!), Dr. Smith attended UCSB for his pre-veterinary coursework and fell in love with the Central Coast. After graduating from UC Davis School of Veterinary Medicine, he moved to Carpinteria with his young family in 1989 and purchased the Animal Medical Clinic in 1991.

Although well versed in all aspects of small animal medicine, his special interest is in surgery, with a growing interest in dentistry. His hobbies include skiing, Scuba diving, backpacking and, of course, music. Dr. Smith is a past president of the Santa Barbara/Ventura Veterinary Medical Association and current president of "Band Forever", a booster group supporting music in our local schools. 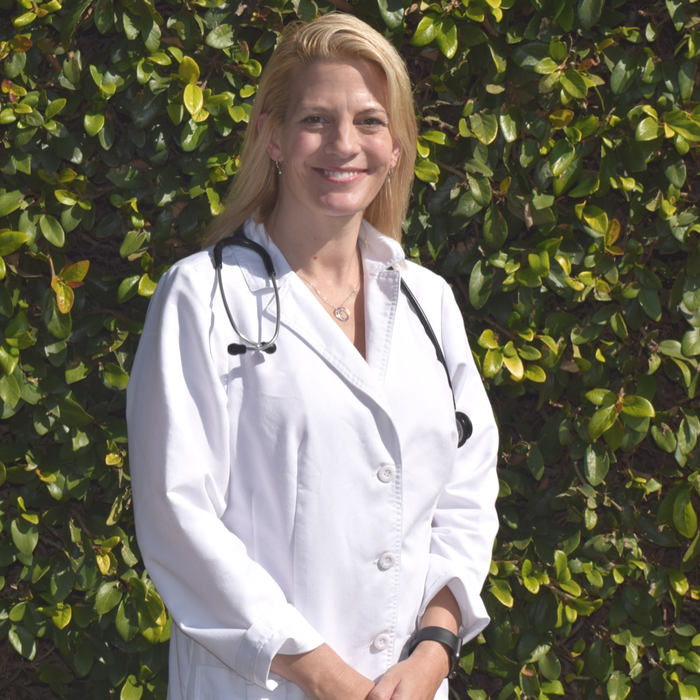 Dr. Oliver is the newest addition to the team here at the Animal Medical Clinic. Dr. Oliver was born in Arlington Heights Illinois, and raised in Los Angeles California where her veterinary career began assisting in surgical and emergency procedures. Dr. Oliver came to Santa Barbara County and realized her love for the Central coast. Dr. Oliver’s favorite species of animal is the orca, and she shared her marine passion with her husband, Matt, and their two boys Noah & Fin. When her family isn’t enjoying the ocean, they are at home with their two cats Shredder & Mr. Beezmyer, and their English Cream Retriever, Yeti. 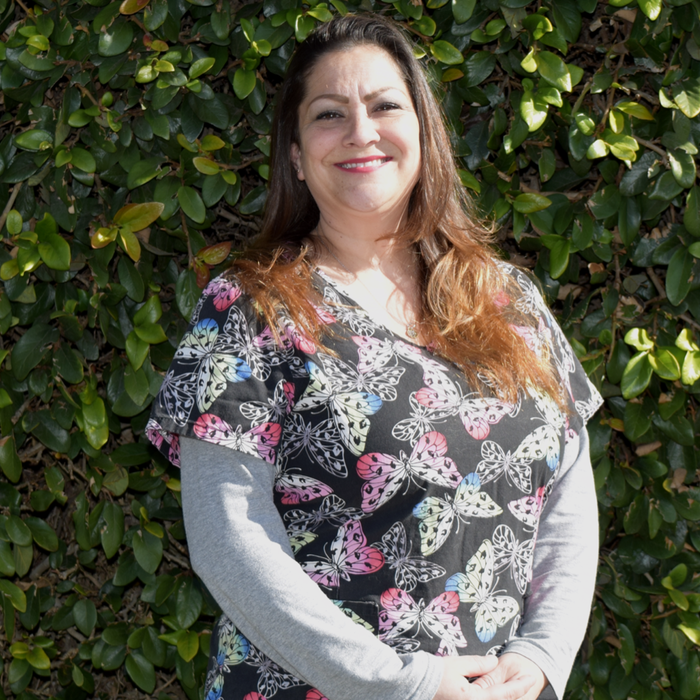 Connie was raised in Santa Barbara, and settled in Carpinteria in 1994. She began her career with animals at Therapeutic Riding Academy in 1995, and has been caring for animals ever since. She joined the team here at the Animal Medical Clinic shortly after and has been with Dr. Smith for almost 20 years. Her passion for animals stretches beyond a 9-5, and is so much more than a job to her. When she’s not working she enjoys her time at home with her husband, daughter, dog, Nanook, and their cats Frankie and Tookie. 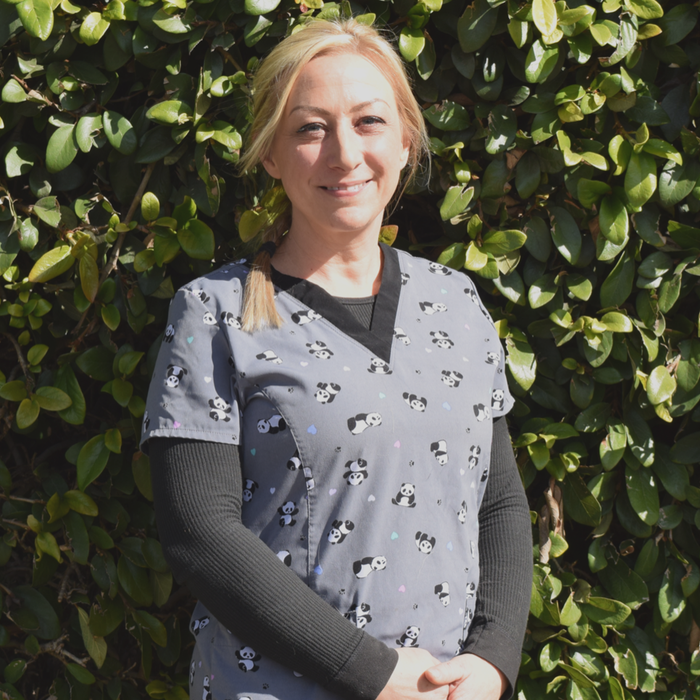 Brook has lived in Southern California with her family her entire life. Her passion for animals has driven her to work with horses, and she assists regularly in dog rescues around the county. When she isn’t here at the Animal Medical Clinic assisting in procedures, and regular consultations she is riding her horse in the hills of Ojai. 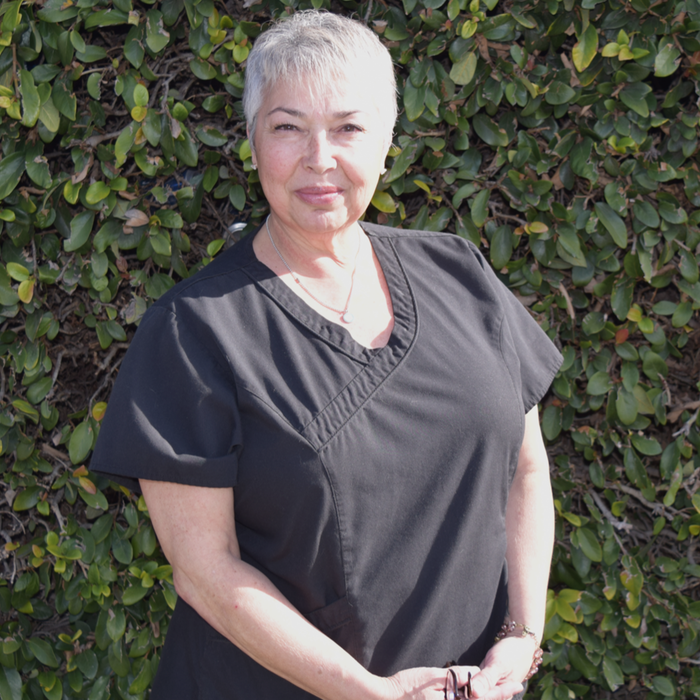 Liz was born and raised on her Grandfathers ranch locally in Carpinteria growing up around animals her entire life. Liz joined the Animal Medical Clinic thinking it would be a temporary position, but shortly realizing her love for the patients and the community we serve. Liz has quite the furry family including Queensland Heelers, Paxton Rose who’s fifteen, and Willow Rose who is now five. Their most recent addition is Black Kitty, and Gunner who comes over to play daily. 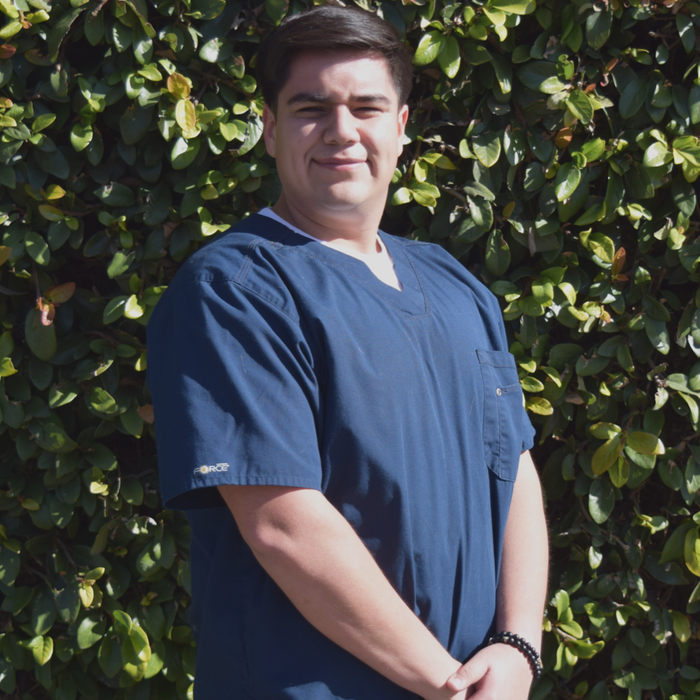 Marco was born in Santa Barbara and then moved to Carpinteria to attend school. In his junior year of high school he started an internship program helping connect students with their passions for life which brought him to the Animal Medical Clinic. Marco worked as an intern for six months, and grew a deeper connection with the staff and the animals he was assisting that he has been a part of the team for three years now. When Marco’s not at the clinic he’s enjoying his free time with his cat and mini Aussie.